Available previously to MSPs in Europe, this customization of Barracuda’s next-gen firewall for the MSP market is now being offered in North America as a best-in-class offering for Intronis’ SMB-focused MSPs. 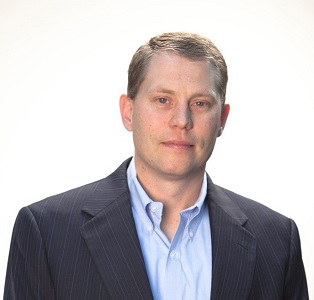 “Barracuda made an enormous bet on working with MSPs when we closed the Intronis transaction last year,” said Brian Babineau, General Manager, MSP Solutions, at Barracuda. “The first standalone security offering for this market is our next-generation firewall, the Barracuda NextGen Firewall – Intronis MSP Edition.”

Babineau, who had been Barracuda’s VP of Product and Channel Marketing when the acquisition took place, and worked closely with Intronis following the closing in October, was named as the unit’s General Manager a month ago. He stated that the new firewall offering was the best product of its type for the SMB MSP market, and that it has been vetted by previous deployment in Europe.

“Barracuda’s first foray into the managed services space was in Europe, before the Intronis acquisition,” Babineau said. “Our core next-gen firewall technology has been available for 8-9 years, and we adapted it in Europe to fit MSPs in the 2012-2013 time frame. It was specifically built to deploy multiple firewalls across multiple locations, whether they were for one customer or for many customers.”

Babineau said that the product that has been tried and tested in Europe will be enhanced in North America by the Intronis partner success team and support organization.

“With this offering, we are heading in the direction of becoming a single supplier for MSPs,” Babineau said. In addition to the firewall, it contains additional security protection, such as anti-malware, intrusion prevention, sandboxing and VPN, all for the one price. It can also be combined with Intronis’ other data protection solutions as well.

While Intronis never had a firewall offering before its acquisition, Barracuda recently conducted a survey of its MSPs and found that a majority presently are offering their customers something in this area.

“We believe over half our partner base has a security practice based on this survey,” Babineau said. “However, most MSPs don’t just offer a single offering in anything, depending of course on how many people they have, and how many can be trained to support different offerings. Our eyes are wide open that this will be one of multiple firewall options for our MSPs. We are, however, confident that this is top quality and will add more value, so that we will be chosen more than the others. Our firewall is best of breed. It can help the MSPs enhance their managed security practice. It can contribute to operational simplicity which translates into higher margins in the long term.”

Babineau emphasized that the firewall appliance is easy for MSPs to use, with the Control Center making it possible to manage multiple firewalls with the same ease as a single firewall.

“They also come in a broad range, from a desktop option which starts below $USD 100 per month, to very large networks,” he said. “It’s really easy for MSPs to size them for the end user as well.”

Babineau said that while the media focuses on large companies who are victims of security breaches, channel partners need to educate SMBs that they are just as vulnerable.

“For every large financial institution that gets hit, many small local financial institutions are attacked as well,” he said. “Now you have the growing problem of ransomware, which also hits smaller companies. MSPs have a great opportunity to solve these problems so people don’t have to write checks to bad guys.”