Cyphort, which sells entirely through partners, has increased its business by 300 per cent over the last year, and looks to continue that strong growth in 2016, including the enlistment of its first partners in Canada. 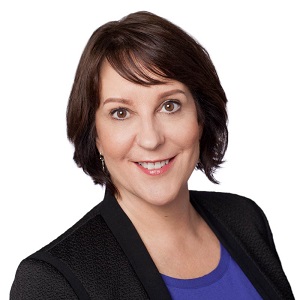 Santa Clara CA-based Cyphort has rolled up some impressive recognition since its inception in 2011. To date, however, the company hasn’t had any Canadian channel presence – a significant handicap to its growth here, since they sell entirely through channel partners. That may be about to change however. On the heels of several other recent channel developments, the company has taken steps to begin developing a channel in Canada.

“We are a young, emerging company, and the combination of being at that stage and our commitment to the channel makes us unique,” said Denise Hayman, Cyphort’s vice president of channel and worldwide sales, who after beginning her career with Symantec is now with her seventh security startup.

Cyphort introduced its first product two years ago at RSA, where it was a finalist in the Innovator Sandbox. Since then it has won multiple awards, including Rookie of the Year at RSA last year. The company’s co–founder, Dr. Fengmin Gong, was also co-founder and chief scientist at Palo Alto Networks, and most recently chief scientist at FireEye.

“Cyphort’s original concept is that a new way of dealing with advanced threats was required because the old concept of having an appliance sitting in one spot didn’t deal with today’s issue of threats coming in from all sorts of places,” Hayman said. “As threats got smarter and more malicious and signature-based defense became less useful, our approach became to get in front of attackers with an array of sandboxes, cooking potential threats with behavioral analysis and machine learning engines, so that even if a threat hasn’t been seen before, we can pick it up.”

Hayman said that a second differentiating feature, which both customers and partners love, is their deployment model.

“We aren’t stuck on a piece of hardware, although we do have a relationship with Dell where we utilize their hardware and servers where a customer wants and needs that,” Hayman said. “We are often deployed in a virtual environment. Our open OS and API is also something that the channel likes, because it lets them integrate us into other vendor tools, so they have to come to our console to use us. We are very easy to interface with.”

Cyphort’s focus is on the enterprise.

“We cover from the Fortune 50 down to the Fortune 1000 – the level of organizations that are most concerned with APTs, rather than companies who are more concerned with things like basic firewall protection,” Hayman said. “We have a good customer presence among software companies, media and entertainment, finance and most recently, a big surge in health care companies.”

The decision to sell entirely through partners came pretty much out of the gate.

“In the early days, some customers were dealt with through a direct relationship, but in the last 15 months, we have been pushing everything through the channel, and we have made a commitment to grow there. “This commitment has had the effect of enabling partners to lead with us at times, and to include us in bigger projects.”

The strategy at this point is to focus on a select channel of both regional and national partners, who today number around two dozen.

“We are trying to be very selective in who we go with,” Hayman said. “We want to be dedicated to the partners we choose, including specific go-to-market plans with them so we can attack the market in the best way possible. We are trying to have no more than two partners in each district, overlaid with a few national partners, although we will certainly grow the number of partners overall this year.”

That is likely to include the company’s first Canadian channel partners.

“As of this moment, we haven’t done a whole lot with Canadian partners, but I just hired a person on the east coast who will also cover eastern Canada for us,” Hayman said. “We want to do more with our Canadian opportunities this year.”

The company grew its channel business by 300 per cent over the last twelve months, while tripling the number of partners in its pipeline. Hayman said that in addition to aggressive select recruiting, and the attractiveness of a next-generation solution, this growth also stems from Cyphort’s building attractive features into its partner program, which was first launched in October 2014.

“As a younger company we have to do some special things to get attention, which includes a guaranteed margin program, with 20 points of margin guaranteed if the partner brings in the deal. That has gotten their attention.” Cyphort also offers additional partner incentive programs, partner field marketing activities, and its STAR (Security Threat Analysis Report) program. STAR lets partners use Cyphort’s solution to determine the presence of malware and any damage already exfiltrated through the kill chain, and determine a plan going forward.

“We also don’t veer from that 100 per cent channel commitment, because if you do that, there’s no integrity,” Hayman said.