Dell pledges that the changes made to internal sales and its relationship to the channel will continue, because they have invested so much in it that major change would be foolish. 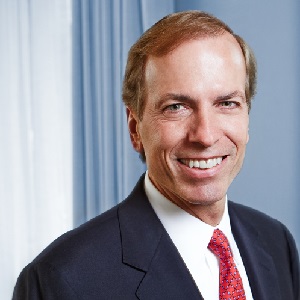 TORONTO — It’s been a good year for Dell. The company has continued to have success broadly across its business units, in a market in which most Tier One vendors have seen sales drop, some into the red. Canadian channel sales have been a highlight, with Dell Canada President Kevin Peesker revealing at Dell’s 2015 Canadian Partner Summit here that they have been growing three times the rate of the overall Canadian IT market. Bill Rodrigues, Dell’s President, North America & Global 500 Sales, who was in Toronto for the event, said that Dell’s strategy remains consistent in terms of both positioning and increasing the leverage of channel partners.

“Our strategy hasn’t changed a whole lot from prior,” Rodrigues said. The core sales elements were all laid down last year. They are hiring more on the internal sales side while still relying more on partners, changing the internal sales compensation system to reward Dell sales people for working with partners, and sending a clear message that working with partners is the preferred strategy because it leads to better results.

“Now we have a better idea of exactly what we want to do,” he said. “We are doing well in a challenging environment and hiring a lot more people when others are letting people go. Partners ask if they should be nervous about that, but it’s good news for them. I don’t expect these additional resources on board will know everything we do and be able to sell everything every customer wants. I do want them to gain an intimate knowledge of challenges customer is facing. We expect as a result of adding the resources that we will develop deeper relationships with our customers, which will bring new opportunities and need broader partner coverage to fulfill them.”

Rodrigues has consistently emphasized that direct reps should bring partners into deals, even though they are concerned that they might not sell 100 per cent Dell in a deal, by emphasizing that if they compete against them, the partner is likely to sell a lot more non-Dell solutions if they win the deal on their own.

“I tell our reps that they need to be familiar with who the key partners are in their territories because they are selling with you or selling against you,” he said. “We should embrace partners who aren’t selling Dell. A lot of accounts out there still don’t buy Dell, and those partners can get us in them. Our long term strategy is to continue to grow the channel. I could hire people forever, but why would I do that when I have a channel.” 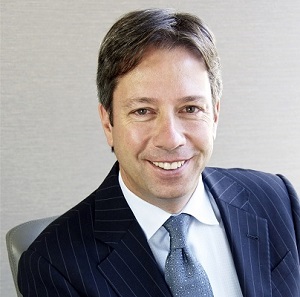 “There’s no way we would have gotten this business without the partner – guaranteed,” he said. “It went from zero to tens of millions of dollars each quarter because of the value they demonstrated to the customer, right from the get-go. We executed flawlessly and the business continues to come our way.

“I’m seeing a lot more wins where we were not the incumbent and where we are taking away that business that the incumbent has had for years,” Peesker added. “That speaks to our product portfolio and how our partner community is touching customers.”

Rodrigues stressed that partners need to leverage the strength that Dell’s product portfolio has assumed.

“We have a very strong share position in servers in North America, with the largest Total Addressable Market,” he said. “We have great products there. We have a very unique value proposition where we can bring in storage that others can’t, where the customer can get fascinated with what you are talking about.”

Rodrigues acknowledged that most storage sales are still for ‘traditional’ storage, but that the pipelines for the software-defined solutions Dell continues to add through its partnering strategies with other vendors are growing extremely rapidly.

“Most storage is still consumed in a very traditional sense, but we are also investing in these future technologies because we can see where the market is moving,” he said.

Rodrigues said some Dell offerings, like SecureWorks managed security services, can be better leveraged by the channel

“SecureWorks, which reports directly to Michael Dell, is an industry-leading security software offering which initially was more for the larger customer, but we are really scaling it down, and at Michael’s request, we have come up with an offering that makes it possible for a midsize customer to take advantage,” he said. “It doesn’t yet have the visibility but we are getting there. We are ramping up the visibility on it because it is a very strong, robust product.”

Kevin Peesker said that SecureWorks being in the top right quadrant for managed services with Gartner has helped.

“Whenever I go to see CIOs in Canada, security is one of the first things we chat about,” he said. Peesker also noted that other aspects of the security business were also expanding in the channel.

“We have over 50 partners activated on SonicWall at the network layer,” he said.

Rodrigues said that the stability of Dell and its strategy is a major plus for them with partners in today’s environment.

“I believe that a partner would feel pretty comfortable about making investments in Dell because we are investing for the long term,” he said. “To change the strategy would throw all these investments out and we are not going to do that. We’ve invested too much already to drastically change that. Others could radically change their direction in 90 days. As a business owner, I would want to minimize my risk.”