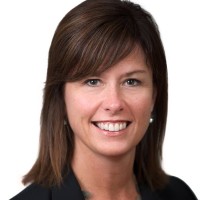 Last month, the virtualization giant announced plans to change to a more centralized North American model, with the commercial business reporting into the head of the U.S.-based commercial business, Brandon Sweeney, and enterprise sales reporting into U.S. West field operations boss Corey Hutchison. At the same time, the role of president of VMware Canada was eliminated, and Eric Gales, who had filled the role since 2012, and in that time had largely focused on building a strongly Canadian VMware Canada organization, left the company.

Speaking to ChannelBuzz.ca at the company’s VMworld 2015 event here, Wittmann said the changes were about making sure the Canadian organization had access to more resources focused on the company’s emerging opportunities.

“It was critical to have the right technical, sales, and even business unit access, and the best way to do that was an integrated North American operation,” Wittmann said.

Partner operations in Canada continue to report into Wittmann, who now reports into Sweeney, with a dotted line to Americas channel chief Frank Rauch. Wittmann said Canadian partners won’t see any difference in terms of day to day partner management as a result of the moves, but said the company was able to add partner-facing resources as a result.

Those new resources came online in July, and fills what Wittmann described as a “void” in VMware’s ability to help partners build practices in those growth areas. Wittmann said those new staffers will be focused on helping the company’s specialized partner grow and build practices around two of VMware’s biggest focused areas, the SDDC market and its VDI lineup. The specialists will both be involved in educating and training specialized partners, and doing joint sales calls with partners. Among top priorities will be helping partners to set up labs and proofs of concept around areas like the company’s vRealize management tools and adoption of its NSX network virtualization offering.

The goal, said Shawn Rosemarin, executive director of architecture and professional services at VMware Canada, and now chief of staff for Americas system engineering, is to help partners move their services away from infrastructure-centric services and go “up the stack” to more complex, ad higher-value services.

“These are services that require much more investment from the partner, but also bring a higher billing rate and result in greater intimacy with customers,” Rosemarin said.