Datto also reported a significant increase in support from key Canadian partners, part of the ramifications from their recent increased investment in the Canadian market. 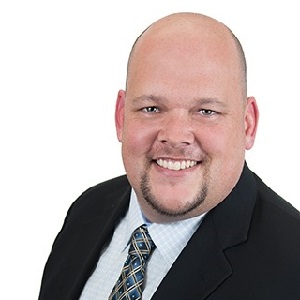 CHICAGO — Norwalk CT-based backup and business continuity vendor Datto amplified on some of the announcements it made at its June partner conference in discussions with ChannelBuzz on Monday at CompTIA’s ChannelCon event, which they are attending. It includes the new ISA router they will launch in September, which is designed both to give them a connectivity play as well as to strengthen the business continuity conversation that Datto is increasingly using to differentiate themselves from their many, many competitors in the backup space.

“Backup is commonly associated with disaster recovery, but business continuity is what lets you stay up while that recovery is taking place,” said Rob Rae, Datto’s vice president of business development. “If your notebook goes down, with business continuity, you have access to a virtual one.”

Rae said file-based backup is antiquated, and in trouble.

“It’s a race to zero,” he said. “We believe file-based backup SHOULD be free. That’s because we do business continuity solutions with higher value. For instance, earlier this year we partnered with ownCloud, an open source file synchronization and sharing solution for the enterprise, and we made it easy to deploy for SMBs.” It lets Datto’s approximately 8,000 MSP partners manage content sharing from within Datto’s own tools, rather than a third party solution.

“The industry is evolving, with for example lots of file-based backup evolving to image-based, but the key is how to run and manage them,” Rae said. “If you can’t do it all quickly enough, you are still a backup solution.”

Being able to position themselves effectively as a business continuity provider, rather than simply a backup and disaster recovery company, pays off in the MSP market, Rae said.

“MSPs typically offer multiple backup solutions to their customers, but business continuity is more likely to be a single offering, because of the complexity of the product,” he said. “I’m not seeing a lot of us being side by side with a competitor. And 80 per cent of our sales are takeaways from a competitor, although there are still VARs evolving in who didn’t have managed services before.”

Like the ownCloud partnering deal, the Datto Linux Agent was first announced at the partner conference.

“Being able to support Linux environments is new for us, and critically important,” Rae said. “We looked at what was on the market in Linux and we didn’t find anything robust enough. What we have created for Linux is by far the best we have seen in the marketplace, and in a very short time we should become the best in Linux.”

Having Linux support makes it easier for Datto to talk about total data protection, Rae said.

“From desktop to SaaS applications, we want to come to market with an offering that enables protecting data regardless of where it lives, whether on the desktop, server, or virtual server,” he said.

The late 2014 acquisition of Backupify, whose cloud backup capabilities help Datto keep customer businesses up in the event of a disruption, has now led to a backup solution for Office 365, something else that was announced in June.

“As a channel-only company, we have to have an application that will help the MSP serve any type of flavors that come in, which is why we acquired Backupify and evolved it into the Office 365 space,” Rae said.

“We have made it really easy to manage, because the process is all automated,” said Samantha Ciaccia, Datto’s Channel Engagement Manager.

The new ISA router, the Data Networking Appliance, will be the last new offering announced in June to roll out, and is also designed to strengthen Datto’s business continuity play.

“It adds in a connectivity piece which is new for us, and is useful for MSPs because it can be easily set up from the cloud, but it also feeds into the continuity conversation,” Rae said. “The appliance provides 4G failover, should the continuity be lost.” It will also be already integrated with the RMM and PSA products that MSPs work with now.

“Three to four years ago, we made a serious investment in the Canadian market with a Canadian data centre, and that has helped with a rapid growth in the Canadian partner base,” Rae said. “60 of the 500 attendees at our June partner conference were Canadian, up from 15 to 20 the previous year. Canada is growing even faster for us than Europe.”