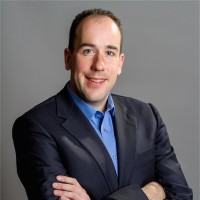 Bourne said this company was acquired both to give New Signature reach into the Canadian market, and to further deepen the service bench depth for the U.S.-based solution provider, feted by Microsoft U.S. as its partner of the year last year. In exchange, the Canadian organization also gets a much broader bench in a wider variety of Microsoft services, as well as “feet on the street” in the United States.

“We’ll draw on each other’s benches, and that’s a big deal. Now I can do a lot more than the infrastructure work we’ve been doing,” Bourne said. “They have breadth across the Microsoft stack, so we can start offering that to our customers as well, because a lot of this stuff is largely interdependent.”

As the solutions customers seek becoming increasingly complex mix of on-premise and cloud-based products and services, all tied into legacy systems, Bourne believes solution providers are going to have to expand beyond their niche expertise to deliver more of the intertwined pieces of a solution. Being part of New Signature, he said, helps the former CMS accomplish that goal.

“If you look at the Microsoft partner landscape in Toronto, there are very vew partners who do the whole stack – literally just a handful. I think that’s going to be really important to customers,” he said. “They want one throat to choke. We want to be that throat – we want to offer the complete solutions and take responsibility for them end-to-end.”

Under the deal, Infrastructure Guardian, a CMS spinoff that focuses on cloud management as a service, will become a product line offered to New Signature customers both in the U.S. and Canada.

Bourne said that although conversations between the two have been ongoing for some time, the fire was lit under the process earlier this year when Columbia Capital brought its venture capital to New Signature. Columbia’s modus operandi has been largely to support and build large solution providers that are dominant in their primary vendor of choice – such as Presidio, one of Cisco’s largest solution providers in the U.S. Working with New Signature clearly signs the company is looking to do the same in the Microsoft ecosystem.

“This is the motion they generally make. They find a major player in the market that needs and will value a substantial channel player, then invest and build that,” he said.

The emergence comes at a time when Bourne estimates the Microsoft channel is “primed for a major overhaul,” with cloud blurring lines and making familiar and long-standing channel business models less viable seemingly every day.

“The reseller community is going through a big transformation. Some will figure it out, and some won’t,” Bourne said. “Even boutique consulting firms like CMS will need to transform.”

That transformation means that solution providers will have to embrace both breadth and depth to meet customers needs, instead of the traditional model of going either deep or wide.

Although just announced Monday, the deal has been in the works for some time, and Bourne said he and New Signature president Chris Hertz have been building the integration plan over the last few weeks. Bourne said he expects the IT integration of the two companies to come together over the new few weeks, and then the focus will shift to getting consulting and sales teams integrated and selling the broader offerings of the combined company across both Canada and the U.S.

As for Bourne, he expects the integration to “free up time to build the business,” and do the sales and technical work he enjoys, free of some of the “administrivia” that had taken up his time in the past.

“I don’t have to pretend to be my own CFO anymore, I have a real CFO now,” he said with a laugh.