While the product, aimed at the sub-100 seat market, is free, Avast thinks MSPs will sign on because the free product will attract new customers who they can then sell other services. 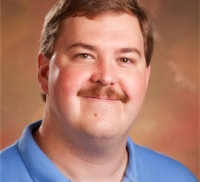 Today, security software vendor Avast Software is announcing Avast for Business, its new product aimed at the sub-100 seat business market which is being sold on the same freemium model as its consumer product. While Avast will be offering it from their website, they are also looking for channel partners – specifically MSPs – to pick it up and offer it to customers.

“We’ve been giving free security for consumers at home since 2001 using the ‘Power of Free’ to disrupt,” said Luke Walling, Avast’s GM and VP, SMB. “In 2001, the consumer security market was really ripe for disruption, and we have grown to 30 per cent of the consumer space last year. The ‘Power of Free’ has turned us from a small, regional Czech firm to a worldwide brand.”

Avast has had a business product before, sold through channel partners through distribution, and using the conventional model, where it wasn’t free.

“It was a traditional endpoint product, and you haven’t heard much about it because we haven’t made much noise about it,” Walling said. “It’s the polar opposite to our new product.”

Avast has had some success with the freemium model outside the commercial space, however.

“We piloted a strategy in the K-12 space a few years ago in North America,” Walling said. “It was under the radar, with no PR effort and we licensed about one-third of the space by giving the product away. We are setting out to redo how small business does security the same way.”

Avast will make its money in a couple ways. The free package for Avast for Business contains antivirus protection (File Shield, Web Shield, and Mail Shield), HTTP and HTTPS Threat Scanning and Integrated Browser Protection. It has a Web-based management console that is accessible anywhere, anytime. It also provides cross-platform Support including Windows and Mac OSX. However, it also offers Premium features which are not free. These are: Firewall, SafeZone, Sandbox, Anti-spam, Datashredder, and on server platforms only, Exchange and Sharepoint protection.

“We anticipate a small percentage will move from free to paid for these additional features,” Walling said. Most companies don’t make those numbers of upgraders public, but Box did last year, and it came in at three per cent. “We also have sources of indirect monetization. For instance, we give away tools, like a browser cleanup tool, and the search provider pays a small amount when they are used.”

Avast for Business is nominally aimed at the SMB market, but Walling indicated their focus will be on the smaller part of it.

“We are going after the S in SMB, with the target being 100 seats or less,” he said. “That fits with our messaging, where everything is all about simplicity for the deployment of a management product.”

Much of the sales will be direct, through Avast’s website, but Walling said that they intend that the channel will play an important role in taking the solution to market, and also said that Avast will support partners who sell this better than it has in the past.

Getting the interest of the channel, which is generally highly skeptical of freemium products unless there’s a clear way to monetize them indirectly, will be likely be a challenge, something that Walling acknowledges. Most VARs won’t be interested at all, since they like payment up front. MSPs he thinks will be a different story however.

“We are mindful of the channel challenges, but we are focusing on the MSP space to bring the channel into the process,” Walling said. “We will offer MSPs the opportunity to use our free security within their portfolio, with the idea that it will attract new customers, who they can provide their other services to.” While Walling was hopeful some VARs would sign up for the same reason, he admitted “we aren’t planning to spend money chasing that space.”

Walling acknowledged Avast hadn’t done a great job with their channel management for their previous commercial line, but stressed things would be different this time around.

“It has been pretty much self-service, and we haven’t really made much of an effort in supporting our channel in the past, in part because we haven’t needed it to grow” he said. “This year we will put a lot of emphasis on helping our MSP partners grow, because we see opportunities on the MSP front.”

Later this year, Avast will introduce programs for MSPs to provide this support.

“The most important thing we lack today is the simple stuff – the features and functions the MSP channel needs to manage their customers and bill them properly – and we will deliver those,” Walling said. “We will be forming our first partner advisory council this spring as well.” On the VAR front, Walling said since it’s extremely expensive to reach VARs and get them engaged, they will leverage their expected market growth from the ‘Power of Free’ and get the VARs to come to them.

“Over the course of this year, we will also expand beyond security,” Walling said. “Our brand supports us going into things complementary to security, like tools and utilities, to help with the monetization piece, and to deliver value to our SMBs and our channel.”