Dell's Project Collaboration, launched in July in servers and storage, was successful, and as a result by the end of October, it will be rolled out broadly across all lines of business. 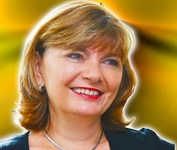 TORONTO — At the Dell Canada Partner Summit 2014 in Toronto this week, senior Dell executives repeatedly reaffirmed how Dell’s partner channel has become absolutely central to the company’s efforts. At the same time, the company admitted that its deal registration program needed improvement. To this end, they launched a pilot project covering server and storage deal registration, with new rules of engagement. The pilot was a success, and the initiative is slated to be expanded and rolled out broadly at the end of October.

A Canadian partner who just lost a sale to a competitor selling HP laid out the issues well. Even though Dell now does encourage its direct sales people to work with partners, and incents them accordingly, some customers will initially go to Dell direct to get the configuration, and the Dell direct sales person may be reluctant to bring a partner in, especially if they sell other vendors than Dell. In this case, the Dell deal registration was denied, and the partner wound up losing the deal.

Given that Dell’s initial deal registration rate has been remarkably consistent at around 73-74% the last several years, that means over a quarter are initially rejected. And while when rejection occurs because another partner previously registered the deal generally means the newly registering partner is out of luck, when rejection occurs because Dell’s direct team registered the opportunity, the partner does have options, and will soon have more.

Jim De Foe, VP North America Sales and Programs, Global Commercial Channels, said partners who are denied a deal registration because it is registered direct need to go back to the sales team and appeal the decision.

“If you can show your value, there is a pretty good chance to get it reversed,” he said. “We have a very high rate of getting it reversed if it’s registered direct.”

Kevin Peesker, Dell Canada President, said Dell is willing to reconsider all these decisions – providing they know about them.

“We are strongest when we act with direct and partner community aligned, but if you think there is a problem, you have to raise your hand,” he said.

Dell expects partner satisfaction with deal registration will be greatly improved with the formalization of new policies arising from the success of a pilot, Project Collaboration, which Dell launched in July.

“Deal registration is an area we are revisiting at this point in time, as we are looking at moving from a transactional model of line of business to a relationship where we collaborate more effectively,” Dangerfield said. Under the old system, too many deals were rejected, she noted.

Project Collaboration was limited to server and storage deal registration.

“If we found a Dell rep was already working on a deal when a partner tried to register, we would go to them and ask them to work together,” Dangerfield said. The result was that 84% of those deals were won.

“As a result, we will be rolling this out more broadly across all lines of business by the end of October,” she said.

“Project Collaboration has moved the needle a few points on deal registration acceptance, which is encouraging because it was a small pilot,” Dangerfield said. It’s still not where we want to be, but rejections have been cut in half.

“We still have more work to do, to see what’s working, what’s not, so we can write the story of how we are better together,” she said.