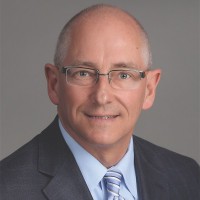 The buzz in distribution may be around cloud and managed services, but for Greg Myers, senior vice president of sales and marketing at Tech Data Canada, there’s something about the refreshed deal with Dell that harkens back to the roots of distribution.

“The distribution channel was really built back in the day around the PC. I look at this agreement as further validation of that model, and as something taht will make a more material financial impact to the business,” Myers said. “This is what distribution was built for.”

It’s also coming at a time where “the PC is dead” crowd have to stare at some hard numbers. In the second quarter of this year, NDP’s Canadian PC shipment numbers show notebooks up 27 per cent year over year, and desktops up 30 per cent. Myers said that at Tech Data, it’s doing even a little big better than that, seeing a 25 per cent jump in its PC client business in Q4 of calendar 2013, and then 44 per cent growth in the first quarter of this year, followed by 46 per cent in the second quarter.

“We’re seeing a PC market that’s actually carrying the entire channel right now, so the timing of this opportunity is quite strong,” Myers said.

Dell and Tech Data Canada go back some ten years or more in a customer-client relationship, where the distributor has been a fulfillment partner for Dell’s own sales in this country. And they worked together in a distribution situation in the past. Shortly after the launch of Dell’s PartnerDirect program, the company engaged Canadian distributors, but only on a limited number of fast-selling SKUs for which it saw the need for quicker delivery that it was able to achieve through the direct motion. The effort, by all accounts, came of little, and Dell quietly moved away from distribution in Canada for some time.

That changed earlier this year, when new Dell global channel chief Cheryl Cook identified a growing presence in distribution as a top priority, assigning the building of that distribution network to veteran channel executive Frank Vitagliano. Under Cook and Vitagliano, the company has engaged or re-engaged with a number of distributors in recent months. Myers said Tech Data Canada is working with a very different Dell this time around.

“Dell has taken a careful look at the requirement of building a sustainable route to market through distributors, and has built a program not dis-similar to incumbents in this space,” he said. “They’ve come to market with a robust program that meets the needs of channel partners and of distributors.”

Along with the potential to deliver fast-selling products more quickly than Dell can directly in some cases, Myers said going with distributors means Dell resellers can get access to extended credit and financing options, and better package multi-vendor solutions for their customers. As a result, he said he expects to see Dell “grow the number of partners they engage.”

It works well for Dell in that the vendor gets to both more closely engage the large mass of small business-focused resellers in this country, while at the same time saving more of its own resources to deal with getting top partners certified and managing their needs, as distribution takes on more of the heavy lifting with smaller VARs.

When ChannelBuzz.ca chatted with Cook last month, she said the company was looking to get a broader swath of its enterprise offerings, including networking, storage, security, and especially software, flowing through distributors in the near future, the next step in its ambitious return to distribution. Could an expansion of the newly-minted agreement to include more servers and other enterprise technology being the works already? Myers plays his cards close to his chest.

“This is phase on of Dell’s strategy to better utilize distribution as a route to market for all of their products,” he said.

Dell already work with Tech Data in the United States, and also has agreements with other Canadian distributors, including Ingram Micro and D&H, for some parts of its lineup.