Cisco's new UCS Mini server is designed for the remote office market, but the new entry-level offering opens up the SMB-heavy Canadian market to UCS. 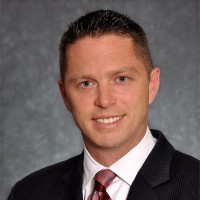 In five years, Cisco’s Unified Computing System servers have come a long way, going from a technology that some rivals openly mocked at launch time to blade server market share leadership in the Americas earlier this year. Here in Canada, the company claims number two share, eight points behind market leader HP. But there’s been one major impediment for Cisco and its partners here in Canada – the converged infrastructure stacks have started in the $60,000-$70,000 range for Canadian customers.

“The cost of entry has been too high in a Canadian market where not everbody has a huge IT environment,” said Damian Serjeant, general manager of Cisco Canada’s data centre business.

The company has enjoyed success – in financial, in oil and gas, and elsewhere, but in the midmarket-heavy Canadian market, being a predominantly enterprise technology has meant limited prospects.

Cisco believes it can change that equation with the introduction of what it calls the UCS Mini, announced Thursday. UCS Mini is the company’s new low-end UCS offering for “edge-scale computing,” putting the company’s UCS B-series blade and chassis into a smaller form factor complete with the fabric interconnect. Seen by Cisco as a UCS option for remote office environments and often as an adjunct to a central UCS deployment in the main enterprise data centre, Serjeant sees a significant opportunity in Canada for the UCS Mini as a standalone converged infrastructure for smaller businesses.

“This lets us go after that midmarket and SMB space. It’s a whole new set of opportunities for us,” Serjeant said, predicting that standalone UCS Mini deployments will rapidly account for 75 per cent of the company’s UCS business in this country.

That gives the company’s channel partners a much broader opportunity, and perhaps signals opportunity for more of the company’s broader partner community – and some new-to-Cisco partners – to get involved in the UCS game.

“We have a lot of partners who have done extremely well with us in that large enterprise market, but we have the opportunity to now to work with other folks who are strong in the SMB and midmarket segments, tie their services around the UCS Mini, and get into new areas in the Canadian market where we haven’t played well before,” Serjeant said.

Serjeant said Cisco Canada already has “a couple of customers” in beta in Canada, and the UCS Mini is now available on the company’s price list and will begin shipping in Canada in the near future with a $20,000-$25,000 entry point, about one third of the previous entry level UCS opportunity.

As it looks at the broader opportunity and potentially a broader channel, the company is presenting its UCS Remote Manager and UCS Central software offerings as partners to easily and remotely manage multiple customers’ UCS environments, making it a better managed service option for many channel partners.

Along with the SMB opportunity, Serjeant says he sees strong opportunities for UCS Mini in education and public sector in Canada, positing that both will double year over year. And even outside the SMB market, Serjeant said the move to put “compute closer to customers” means that almost half of all servers are living outside of a main core server farm or data centre, closer to the edge of the network in remote and branch offices, the kind of environments for which the Mini was designed.

The company introduced a new Modular series of UCS servers aimed at high-density opportunities such as cloud, with support for up to 16 nodes per two-rack unit chassis, and the new C-series 3160, a 4RU chassis with two processors and a great deal of storage capacity and flexibility, which it sees as a platform for Hadoop and other bid data environments. Both are available on the Cisco price list today, and Serjeant expects them to be available to ship in the next four to six weeks.