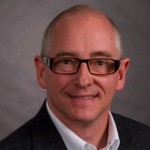 Tech Data Canada has rolled out StreamOne Software License Selector, a new application on its Web site that aims to make it easier for many VARs to sell a wide array of software licenses.

The tool, which went live in Canada last week after debuting a few months ago in the U.S., is intended to make it easier for resellers to include software licensing quotes in the deals their offering.

“Software can be an incredibly valuable component of a reseller’s business,” said Greg Myers, vice president of marketing at Tech Data Canada. “Because there’s no physical product, it reduces the cost of servicing a customer and makes selling more software licenses quite accretive for our partners.”

The tool allows VARs to quote licensing for products from a variety of software vendors, including Microsoft, SAP, Oracle, VMWare, Symantec, Computer Associates, Autodesk, Adobe, Novell, Red Hat, McAfee, Kaspersky Lab and Trend Micro. At its heart, it aims to automate the complexities many solution providers encounter around quoting software licenses, particularly when it comes to the intricacies of individual vendors’ requirements for licenses. Myers said the idea is to make it the right SKUs for a reseller’s customers available “in real time with very few keystrokes.”

By making it easier to find the right products, and making sure those products are properly qualified, Myers said the tool has the potential to have a democratizing effect on software licensing sales, taking it from “the domain of the few” to something accessible to all. Myers said that in addition to allowing the smaller VARs that serve SMB the ability to more directly against larger software-centric partners, the tool will allow all the sales staff at a VAR to get software licenses in on the deal, rather than just the resident software expert on staff.

“It gives them a toolkit to quote software confidently,” he said.

The company has been offering similar partners support for software licenses through its License Desk phone service, and will continue to do so. But by making the basics of licensing more accessible through StreamOne, Myers believes Tech Data will be able to use License Desk to support more complex licenses and build expertise around additional vendors because the easier and more common transactions will be more automated.

Myers said Tech Data Canada plans to run Webinars to help solution providers get used to the new tool – but that it’s likely most VARs will be able to get themselves up and running.

The Software License Selector is the first deliverable under the company’s StreamOne platform, which will eventually be expanded to include other software-centric tools from the distributor. Myers described the platform as another part of the distributor’s ongoing shift towards a more value-added distribution model.

“[StreamOne has] been one of the largest IT development projects for the company over the last year,” Myers said.

“Everything we do from a development point of view is to take complexity out of the process for our partners,” he said.