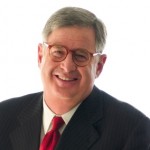 ORLANDO – There are a lot of big bets going on for IBM right now, but none are quite as big as is the opportunity the company sees for business analytics, CEO Sam Palmisano told attendees of the company’s 2011 PartnerWorld Leadership Conference here Tuesday afternoon.

Kicking off the company’s first all-in partner conference in three years, Palmisano said that while cloud is interesting, and that the opportunity to grow the business in new markets is powerful, he believes the potential of business analytics are the biggest opportunity the company is addressing because of its ability to be transformative.

“This is huge. Don’t underestimate this,” Palmisano counseled partners. “This is going to be economically different because for the first time, IT is doing to do real things to make our lives better.”

It’s an opportunity that’s exploding, Palmisano said, because of the explosion of data being generated and collected by billions of Internet-connected devices, from cell phones to the smart grid. The data is out there. Now it’s just a matter of maximizing the utilization of that data, organizing and analyzing it so businesses can make better decisions.

And although the company’s Watson supercomputer is getting headlines (and much of the buzz at the show) for its appearance this week on the TV show Jeopardy!, Palmisano said the technology that powers Watson was developed for exactly this analytics opportunity. “Forty years of research wasn’t about doing well on game shows,” Palmisano quipped.

The executive offered a mixed review of the cloud opportunity. It’s a big one all right, but add Palmisano to the list of those growing tired of cloud washing. Not surprising given Big Blue’s position as a public cloud provider, but Palmisano suggested that a cloud transition has to be more than just “slapping three Intel servers together, putting some software on it and calling it a cloud,” still, it’s an infrastructure that needs to be created, and customers are increasingly looking to chart a course between public, private and hybrid clouds.

And whatever appellation it may take, it all boils down to a continuation of come of the trends that IBM bet the company on eight years ago, which included a technology world where the PC was not the centre of the universe and client expectations shift as a result. “It’s just that in 2002, we weren’t clever enough to label it ‘the cloud,’” Palmisano joked.

Palmisano also touched on the company’s Smarter Planet initiative, calling its announcement at the height of the global recession in 2009 the hardest decision he has made in eight years as the company’s CEO. But making that decision was the right one, he asserted, because of “the tremendous opportunity it represents” for both IBM and partners. He said the company would stay true to the strategy.

By comparison, he said the decision to pull the switch on getting out of the PC business was an easy one. “It was obvious. It was over. The PC was obviously on the way to becoming a commodity,” he said.

The chief executive’s advice to partners is timeless – in fact, he said it’s almost exactly the same as what he offered business partners the last time IBM got its PartnerWorld community together, three years ago. “I’m terribly boringly consistent,” he offered as a blunt self-assessment.

Perhaps feeling a bit nostalgic – this year is, after all, Big Blue’s 100th anniversary – Palmisano expounded on the fleeting nature of success – noting that when IBM turned 50, only two of the companies in the Fortune 25 when it was formed were still on the list; and for the last 50 years, only Big Blue and four others have remained on the list. The common thread amongst those who stay on the list, he asserted, is innovation.

“”If you don’t innovate and move towards the future, you won’t exist,” he warned partners. “If you optimize for the short term, you probably won’t be here in 2015 when we have this meeting again.”