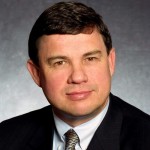 EMC has changed its solution partner program to focus its partners’ levels of certification and value-add, as opposed to its previous tiering based on revenue levels.

The storage giant announced the changes to the program – which also include the integration of channel programs of EMC purchases Data Domain and RSA – at a meeting of its partner council in San Diego.

Michael Kerr, director of channels for EMC Canada, said the company’s goals in changing its Velocity Solution Provider Partner Program include giving partners a clearer roadmap and rewarding partners who invest the most with EMC.

“We want them to be profitable, and profitable based on what they invest in,” he said. “When we ask them to take time and not sell or not bill to learn our technology, they should see a return on that investment.”

Accordingly, the new program turns the switch from volume to value, tiering partners at the Premier and Signature levels based on the partners’ completion of one or more specialization.

To qualify as Premier under the new program, partners will have to complete one specialization, with current offerings including consolidation, advanced consolidation, backup and recovery (thus bringing EMC’s Data Domain partners into the Velocity program) and governance and archiving. EMC will add a security specialization for its RSA partners to the program in July of next year, and Kerr said the new program provides the framework for EMC to add additional specializations as it continues to acquire complementary technologies.

The top-level Signature tier is reserved for partners who invest in multiple specializations, allowing greater perks and differentiation for partners who are more fully engaged in EMC’s goal of building private clouds for its customers.

“The plan is to reward those who’ve made the investment,” he said. “They should be able to go to market saying clearly that they know more about EMC solutions than Joe’s Burgers and PCs down the street.”

He added that the training required for the program is “not for the feint of heart,” and that in its advanced technology fields “we expect you to know what you’re doing when you’re out there handling the clients’ data infrastructure.”

At the lower end of the program, new are the Affiliate and Affiliate Elite levels, which provide an entry point for SMB-focused partners. Affiliate is a new baseline program for partners who occasionally sell EMC, particularly in the coveted SMB space. Kerr said that as EMC develops more “snap-in solutions” for that small business space, reaching out to those partners makes sense. “Not everyone’s going to sell a whole cloud architecture to a local dentist’s office,” he quipped.

Affiliate Elite comprises the next level of that group, requiring a great training and services focus around EMC’s products, and bringing with it greater margins.

Partners will be grandfathered into the new program based on their current revenue levels, but by May of next year will have to reach requirements for the new tiers within the program. Kerr said he expects to see some level of shift within the channel program, as some partners that only occasionally deal EMC drop to the Affiliate level of the program.

“That’s good for us, because we want to gravitate towards those partners who are investing in us but don’t want to exclude those who have a need to supply our product set,” he said. “I think it will also require those resellers that are general infrastructure provider to rethink if they wish to invest in this marketplace. You can’t continue to be the superstore of all computer infrastructure – it’s just too costly.”

That said, there are obvious opportunities to move through Premier and into Signature – the consolidation and advanced consolidation specializations fit together well for many of its partner core, and Kerr also reported significant synergy between consolidation and backup and recovery specializations. In addition, Kerr said he expects security to only become more critical to data-centric solutions, meaning a broadening opportunity for partners once RSA is brought into the fold next summer.